I nearly fell out of my chair.

Two days ago I sat in a sea of women in Austin, TX far from my Kansas City home when God’s love nearly rocked me out of my seat.

It was as if I was a character in a story; a story that isn’t mine to write but one where I was playing a supportive role in God’s Great narrative, and for whatever reason He chose the IF: Gathering as his primary setting.

We sat in the Austin City Limits auditorium on Saturday afternoon with thousands of onlookers from all over the world watching Amena Brown Owen reveal the location of her surprise visit to an IF: Local. When the reveal went up on the screen I couldn’t believe my eyes…

It was one year ago, at IF:Gathering 2015 when I found myself with a bird’s eye view of the entire Austin experience hearing one of the clearest directives from God I’d ever known possible beyond The Bible. His message was unmistakable, “Tell your story. I am for their freedom; not just their freedom from today but their freedom from years, decades, and generations past.”

It was a weekend I’ll never forget for many reasons and I left Austin knowing something in me had been transformed. God gave me a glimpse of His presence and purpose in this world, for His daughters, and in my life that I cannot shake. I wondered in the weeks following if the glow would fade off that experience or if the ordinary days would lull me back into my old faith patterns, but it didn’t and it hasn’t.

In fact, in June of last year I received an unexpected email from a church looking for a keynote speaker for their upcoming women’s retreat; three sessions over the course of two days on the topic of “Remain” from John 15. Was I interested? This would be the most content I had ever been responsible for and it was a lot by any measure for one person to take on for their first key event. What they didn’t know is that I had been praying for an opportunity to “tell my story” since that February day, and their invitation was an answer to a very broad and bold prayer.

Last November, after months of prayer, preparation (and mild moments of panic) we gathered for a weekend retreat that could only have been designed by an all-knowing and loving God. The stories of the women who attended are not mine to tell, but I saw God move in ways that still leave me amazed and in awe.

Like all great stories, God has woven surprise tie-ins into this plot. You see, during the third and final teaching session of the Remain Retreat, I shared through tears that God laid this message of freedom on my heart to share last February at a gathering called IF in Austin, TX. The moment I sat down, the Event Coordinator stood up to the microphone and explained to us all that it was during their IF:Local on that same exact day when she walked over to her church’s Women’s Director with this idea from God to gather their women that very next November. We cried, we laughed, and we wondered at what kind of God orchestrates that kind of beautiful plan for His daughters. We don’t know why He chose the IF: Gathering as His moment to speak so clearly to us both and bring about His plans like He did, but we marveled at His goodness in it all.

Fast forward to IF: Gathering 2016 two days ago when I about fell off my chair…

Here we are, again nearly 2000 of us in Austin, and thousands upon thousands around the world sitting in Saturday afternoon’s session watching the big screen to see where in all the world Amena Brown ended up surprising an unsuspecting IF: Local. To my shock and delight…they announced she was in the Kansas City area, my town! But further more…she was at THE VERY church–the EXACT same IF: Local Church–where God had sent me to “Tell my story” at their November retreat.

What in the WORLD, God??

Seeing their joy and excitement come through on that screen, watching their women’s director receive the attention for being the Jesus-loving woman she is, was almost more than my heart could handle. Ever since that November retreat when I came to know those women as sisters I have prayed and prayed for God to continue to do mighty works in and through them. Seeing their faces on that screen two days ago…well, I cried, I laughed, I marveled at a God that would orchestrate such joy for His daughters.

It’s been a year since God told me to tell my story, and I am, but I know even more than ever before that I am just a small part of His Greater story. Our stories, no matter how big or seemingly small are significant because Jesus is our Redeemer, and He lives in and through us. My story of freedom in Jesus is the domino effect for your story of freedom, and so on, and so on, and so on…His Kingdom is on the move in the hearts and minds of His children one redeemed story at a time.

Freelance writer, blogger, and teacher View all posts by Jena 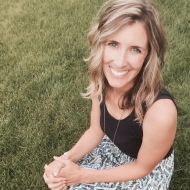 Hi and welcome to Unravel Grace. My name is Jena and I'm glad you're here.

Writing, teaching, and photography are my favorite tools for communicating God's abounding grace in these unraveling days.